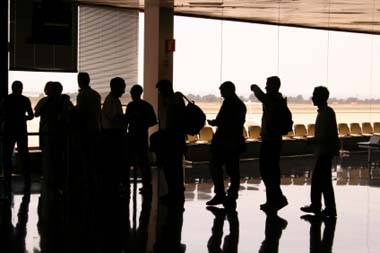 The largest biometrics programs in the world verify citizen and resident identities across multiple purposes. Civil ID programs register each citizen and resident to allow governments to more effectively deliver services while minimizing the costs of fraud and corruption, unfortunately significant in many countries. In some countries, fraud in national social programs and voting can be presumed, with clear evidence of its high cost.

Governments have a vested interest in knowing who is being issued cards and other tokens, such as driver’s licenses, voter ID’s, and access to benefits such as state sponsored healthcare and other social welfare programs. In addition, an advanced program design like India UID anticipates commercial utilization of the master ID data base, for example, to authenticate micro-financing transactions or to control restricted services like the sales of cell phone SIM cards.

It is also now generally accepted that a lack of a formal identity registration process in many developing countries contributes the poverty cycle and societal exclusion for the most needy. In fact, one of the core stated purposes of India UID was “to bring identity to the identity-less”, thereby opening up opportunities for educational and financial inclusion.

Only biometrics can ensure that each citizen or resident gets one and only one card or ID number. Demographics such as the family name and an address, even with background checks, are clearly insufficient to accomplish this. For very large scale projects, the initial value of biometrics is to “de-duplicate” the data base to eliminate duplicate and presumably fraudulent entries.

And yet it is clear that only iris recognition, due to its inherently high biometric information content, can deliver the highest levels of accuracy to efficiently de-duplicate programs with tens of millions (or hundreds of millions!) of people.

Advanced thought on the design of national and civil ID enrollment programs also strongly suggests that the authentication and verification stages of these programs should be built into the design from the beginning. Authentication at the time and place of the delivery of services needs to be fast and effective. Iris recognition has the speed and matching performance to be utilized for many authentication programs with the highest confidence.